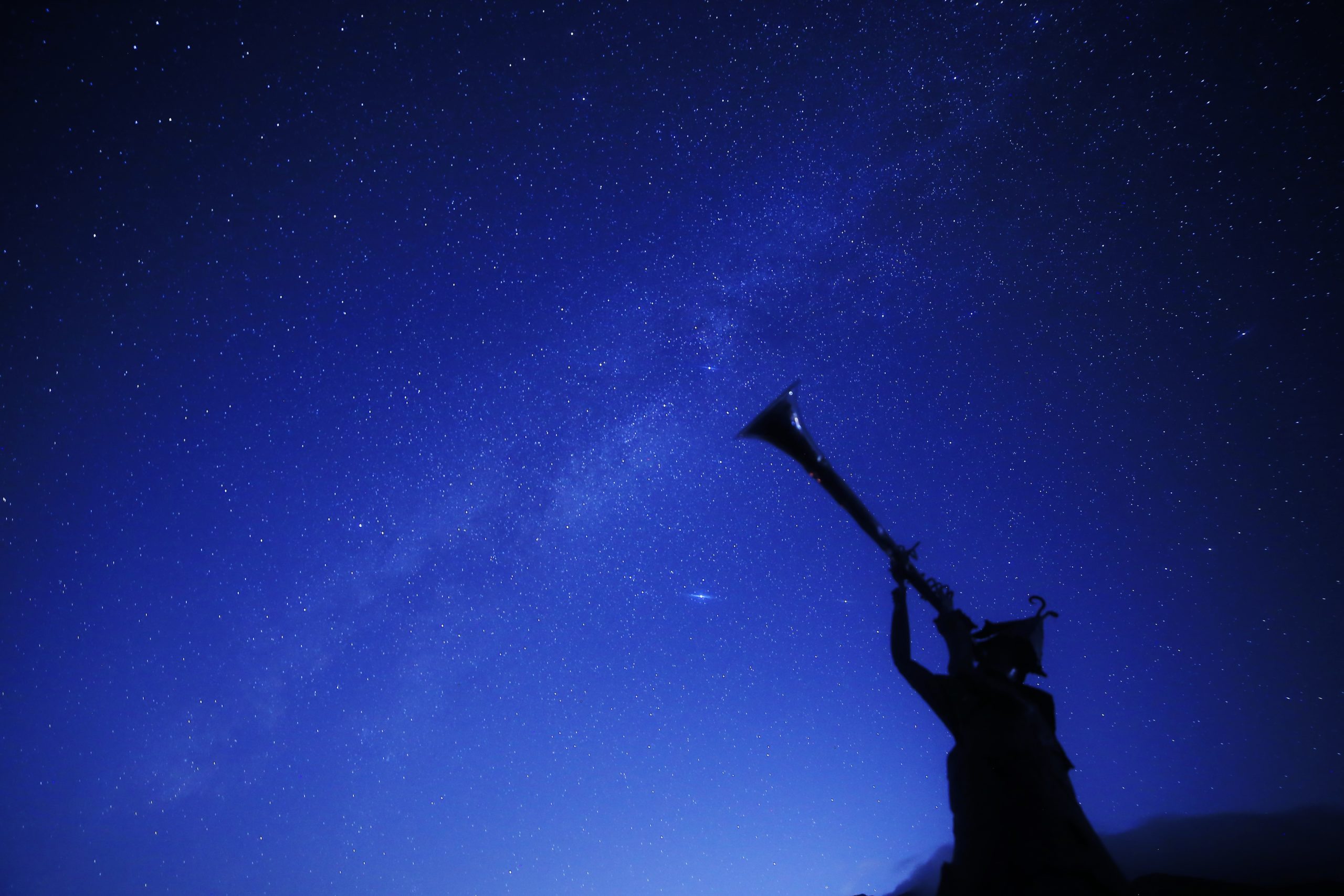 For this article, I’ll be sharing with you about the night sky I saw from a hill called “Aisai no Oka.”

Does your wife or the person you love know how much you love them? Aisai no Oka is known to be a place where men can shout out their love for their beloved. Translated to “Beloved Wife’s Hill,” Aisai no Oka is situated in Tsumagoi, a village in Gunma Prefecture that is a 70-minute car ride from the Usui-Kawaruizawa Interchange. If you’re taking the shinkansen, switching to a car at Ueda City in Nagano should get you to the village in around 45 minutes too.

During winter from December to April  (roughly) though, The Tsumagoi Panorama Line may be fully or partially closed due to heavy snow. Do check out the weather and road conditions before visiting.

The meaning of Aisai no Oka: The story of Tsumagoi

↑Aisaika Temiru Gensoku—“how-to” principles that encourage and guide husbands on how to be an aisaika, a loving husband. Are you practicing them?

Behind the name of Tsumagoi Village, is a story of the love the legendary Prince Takeru Yamato had for his wife.

A long time ago, so the story goes, when Yamato was on his expedition in the eastern land, his wife, Princess Oto Tachibana, who had accompanied him, cast herself into the raging sea in order to appease the anger of the sea god Watatsumi. As Yamato returned from the campaign, he stopped at Usuhi no Saka (present-day Torii Touge Pass), where he mourned his wife. “Azumahaya!” exclaimed the grieving prince. Alas! My dear wife, how I miss you so. This is said to be the world’s first declaration of love by an aisaika.

This story of the husband who cried out for his departed wife became the inspiration for the village’s name, and people came to know it as the village of “tsumagoi,” a wordplay on “love for wife.” In 2006, the Japan Aisaika Organization declared Tsumagoi Village to be “the sacred ground of doting husbands.” Many aisaikas from Japan and abroad have since visited Tsumagoi, filling the village with their feelings and declaration of love.

The starry sky above Aisai no Oka

There is a sign near Aisai no Oka so you’ll be able to get there without losing your way.

The hill stands at 1,257 meters tall. I knew it would be pretty cold so I made sure I was ready for it.

A 3-minute walk from the carpark got me to my destination. There’s a flight of stairs to go up the hill. There are no street lights, so you have to watch your steps.

I wasted no time and took a picture of this huge tree against the milky way, stretched out glittering northwest of the sky. 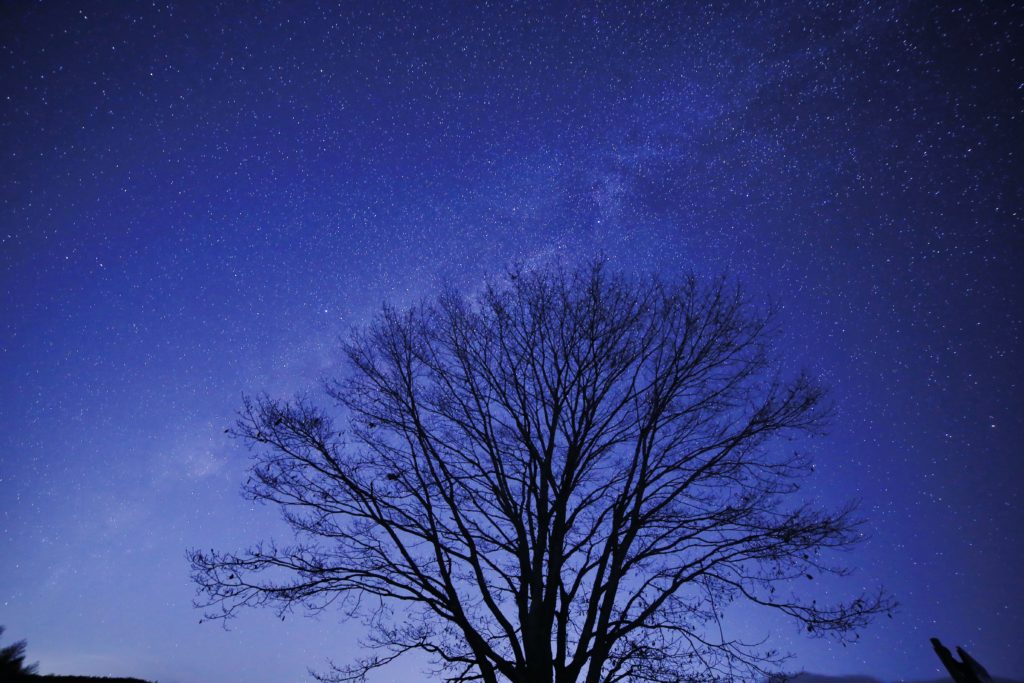 I didn’t think a 45-minute car ride from the town area of Ueda would reward me with such a view of the night sky!

I went further up the hill, looking to take shots of the hill’s landmark—a statue of a trumpet player—but several people were already waiting at this popular spot for their turn. I decided to have a look around while I wait.

The platform from which many shout their love 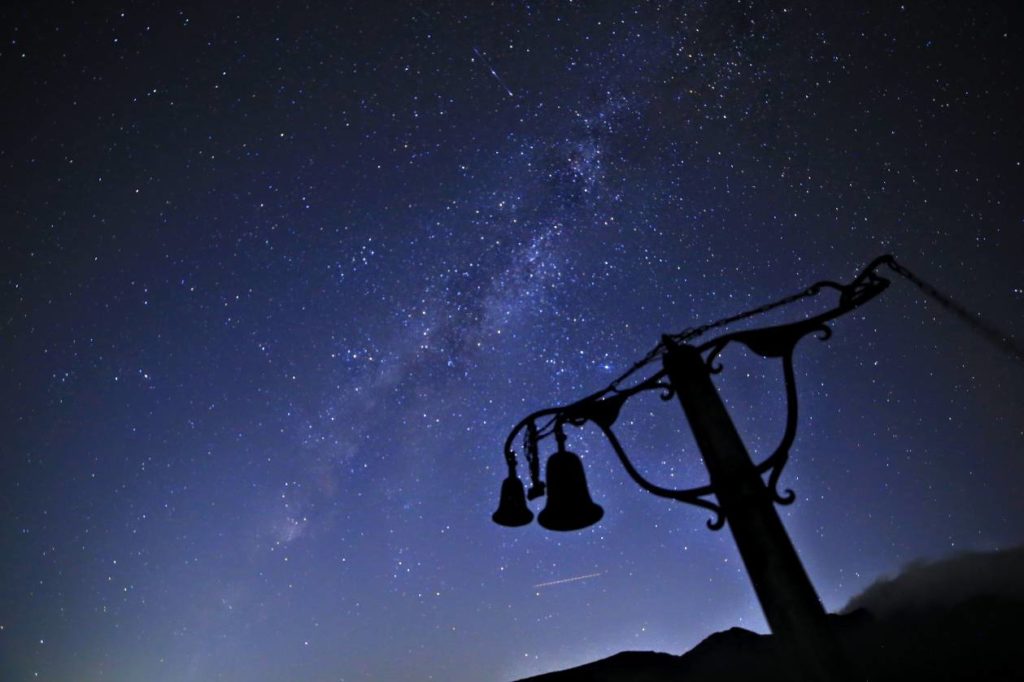 An observation deck (I guess?), where this chic-looking bell is.

This is the “designated” deck from which many shout out their love for their wives. It is a spot they use to convey their feelings and say “I love you.”

Your passion shines no less than the stars. How about letting it shine too beneath the wintry sky? 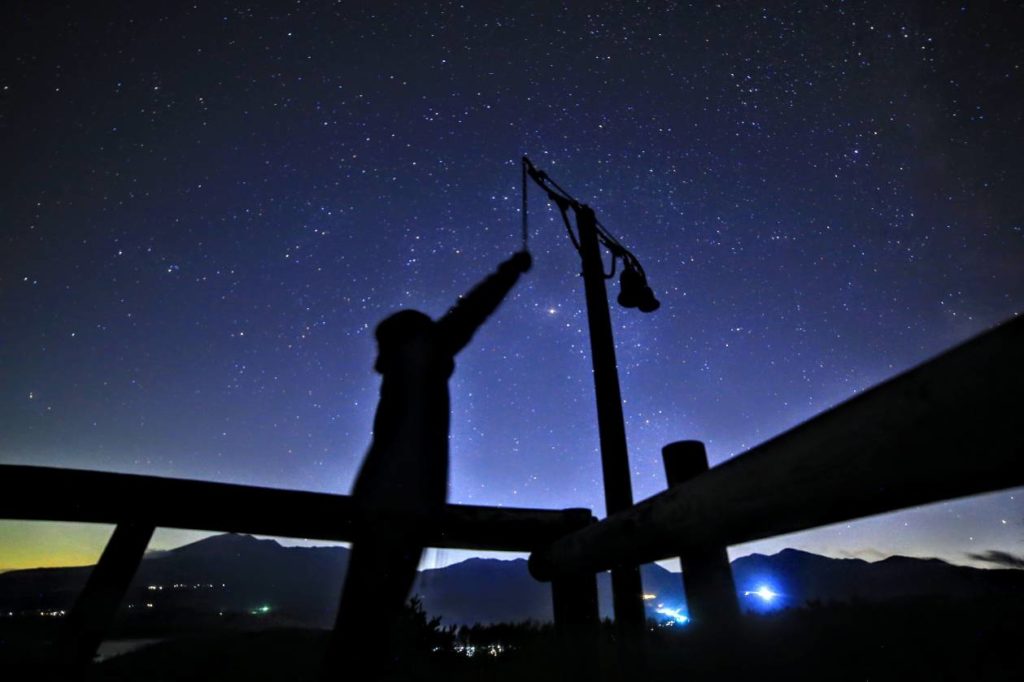 The trumpet player statue and the milky way

So here’s the statue of the trumpet player! 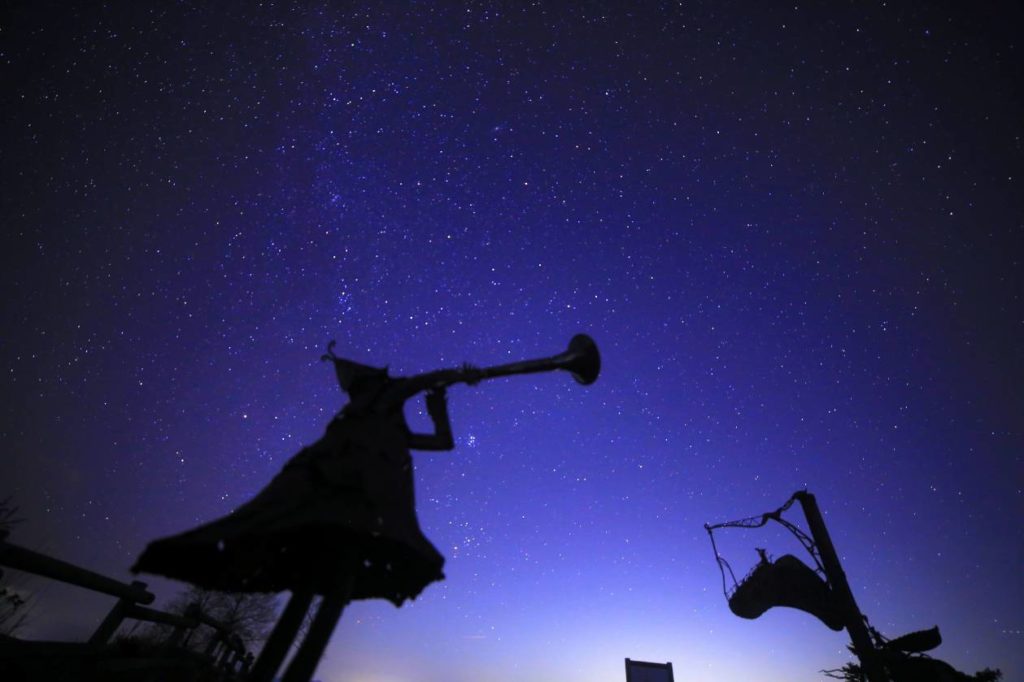 Objects in pictures of starry skies do make them look extra beautiful huh?

I wonder if this little man here is letting the tune of his trumpet carry love to his wife too? Thinking of it this way does make it much more romantic, doesn’t it? 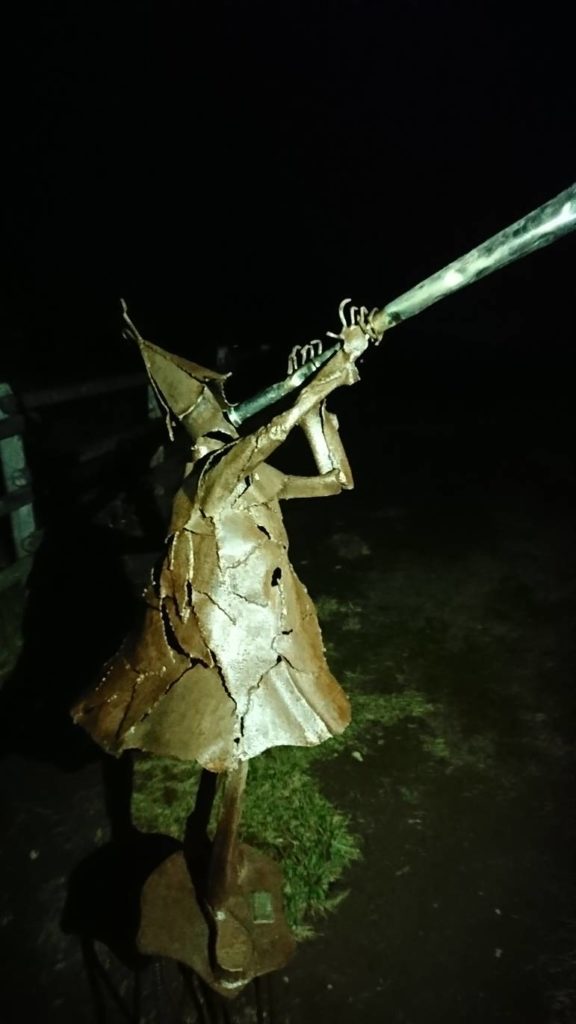 A sky brimming with love and stars 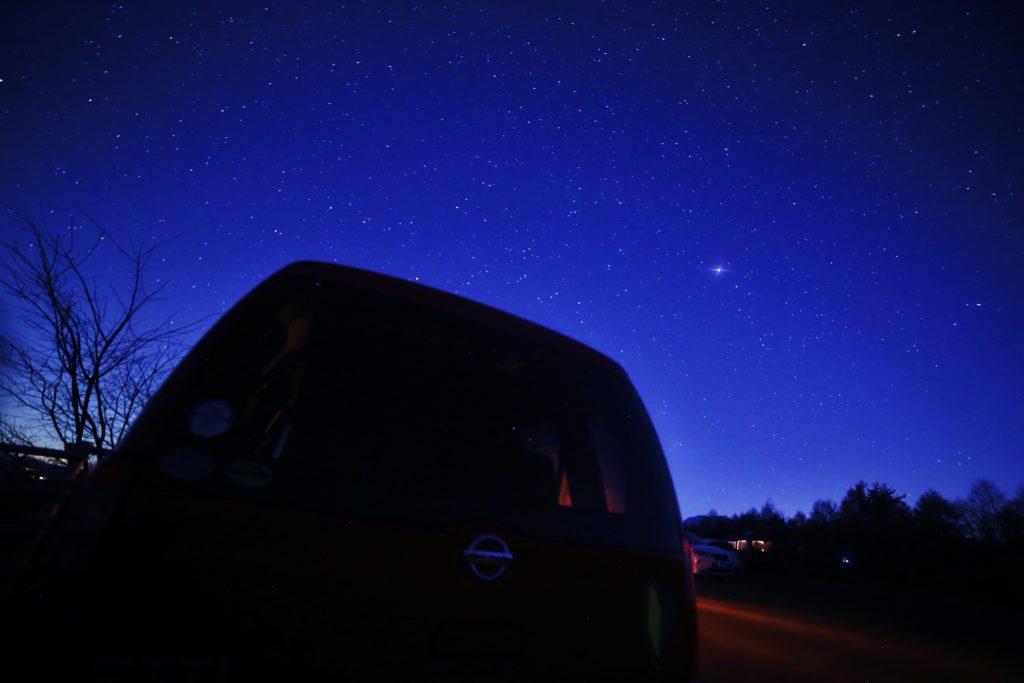 What did you think of the night sky of Aisai no Oka?

People say Aisai no Oka isn’t a tourist attraction that you “see,” but one at where you shout.

My article’s about Aisai no Oka’s star-studded night sky, but visiting when the days are longer still lets you enjoy beautiful scenery that changes with the seasons. The villagers pour love into their crops too, and Tsumagoi enjoys the highest cabbage harvest in Japan during summer and autumn.

Now that you know of this place, perhaps you’d like to convey your love to your wife—or the person who’s supporting you at your side—under this romantic sky of stars. I’m sure how you feel will reach them. More than usual.